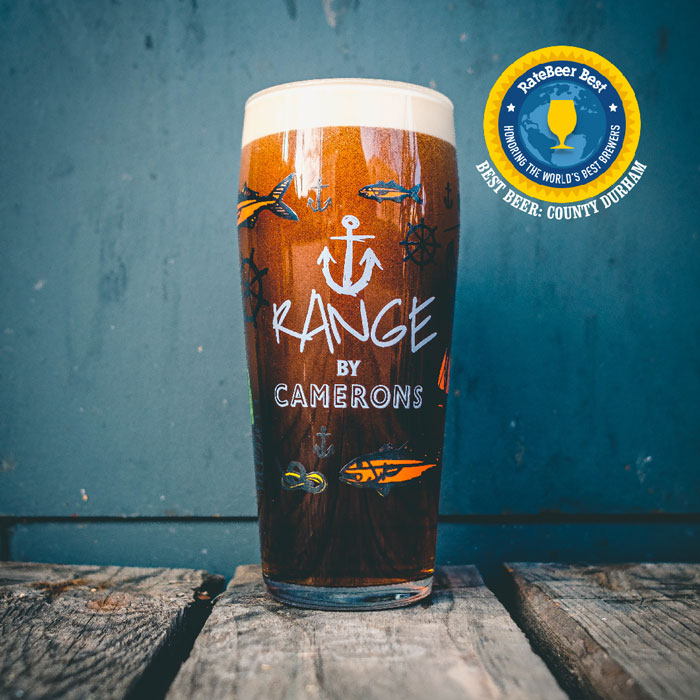 Camerons Brewery are delighted to announce that one of their beers has been awarded the ‘Best Beer in County Durham’ accolade.

The North East brewer has won the award for their brown ale Old Sea Dog in the RateBeer Best Awards 2019.

Old Sea Dog 4.3% ABV, which is a modern take on a classic North East brown ale, was first introduced by the brewery in 2019. 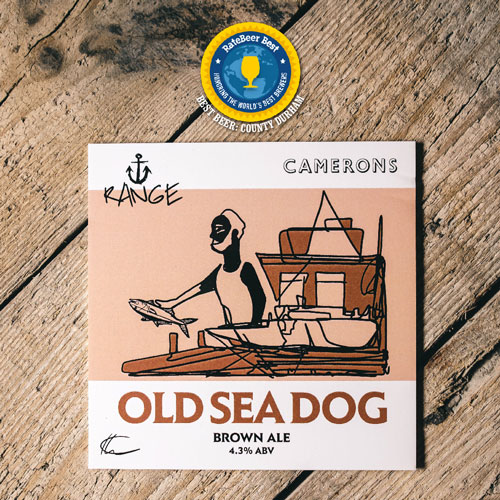 The beer forms part of Camerons ‘Anchor Range’ of beers which celebrates the brewers’ coastal heritage. The pump clip artwork was designed by American artist Travis Moore. Old Sea Dog is available in cask and is a permanent beer in Camerons portfolio.

Yousef Doubooni, head of marketing at Camerons said ‘We are obviously thrilled to receive this accolade for our Old Sea Dog cask beer particularly as it has been awarded by the team at RateBeer. It is great to see a classic beer style like this being recognised especially as the North East has been famous for the brown ale style.

Our brewing team have done an amazing job over the last few years in developing a great portfolio of beers and the investment in new brewing kit and a development nano-brewery have helped to ensure we have improved both the quality and variety of our beers. Winning an award like this is testament to the hard work of everyone in our brewing team.’

‘We are busy now making sure we have enough of this beer available and will be sending casks to our 16 The Head of Steam venues up and down the country on the next deliveries to ensure people can have a taste’ Yousef added.