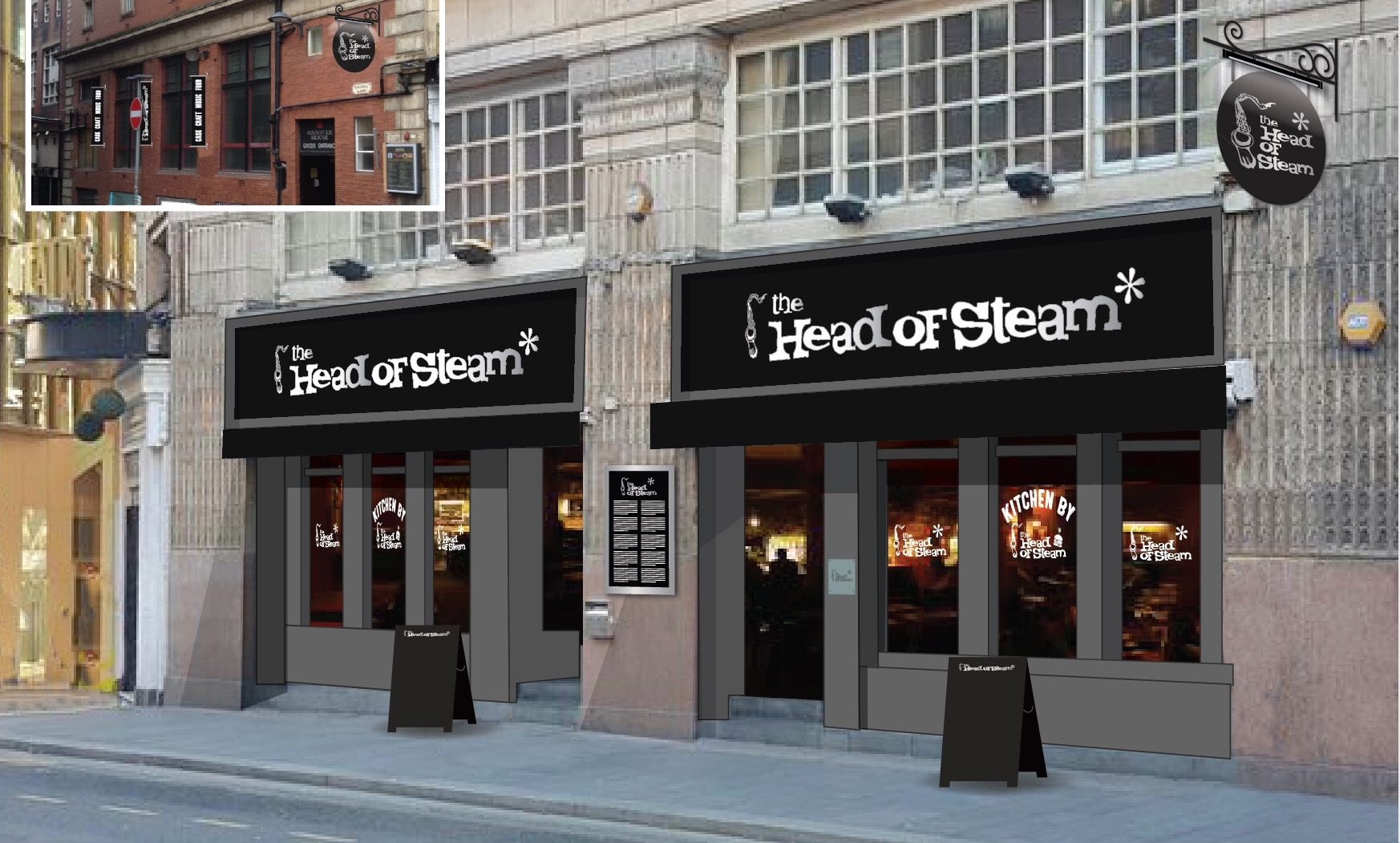 Camerons Brewery’s latest addition to The Head of Steam brand is due to open later this month in Liverpool.

The venue, located on Hanover Street, will open its doors to the public on Thursday 21st September, and will be the 11th of The Head of Steam sites.

Camerons took over the bar (which was formerly The Abbey) in July this year, and have spent the past seven weeks transforming the venue into one of their cask and craft beer focused bars.

The Head of Steam, which is renowned for its array of great beers, will have 34 keg lines, with a selection of rotating craft beers from UK and world brewers, 10 cask ale lines including beers and real cider from around the region and beyond, plus a selection of premium cocktails, spirits and soft drinks. These will all be served from an island bar in the centre of the pub, which the brewer feels gives ‘a more welcoming and engaging experience to its customers’.

Camerons will open its latest venue with a selection of beers from local, North East and world brewers, including beers from Kona, Mad Hatter, Stone, Delirium, Chimay, Neptune, Red Star, Chapter and Liverpool Organic breweries. The venue will also feature beers from the brewers’ own portfolio, including their latest Motörhead collaboration, Röad Crew APA.

The food offering will include a great range of British pub classics with a focus on fresh, local ingredients.

A key part of the menu is the great range of vegetarian, vegan and gluten-free options, which will constantly be updated to offer a varied selection to customers.

To complement the selection of American beers, the bar will open with a range of burgers and 12” hot dogs and the menu will also include deli taster boards, energy bowls as well as Head of Steam favourites, such as fish & chips, sausage & mash and tacos.

Beer and food pairing is also a major focus, with the Mac ‘n’ Cheese incorporating the brewers Röad Crew beer in the cheese sauce, and staff on hand to recommend beers to match with the menu items.

The Head of Steam will be running a series of tap takeovers, meet the brewer and beer and cheese sampling nights – details can be found on the website and social media pages.

Earlier this year Camerons chief executive Chris Soley said “As part of the expansion plans in place to increase our retail pub division we have been looking at a number of potentially opportunities across the UK for our The Head of Steam brand. We have specifically been looking at venues in the North West and Liverpool was a city we were really keen to open a site in. Liverpool is a large vibrant city and we feel our mix of craft beer and live music will be a perfect fit to complement the already fantastic pub and bar offerings in the area”.

“We will be putting some significant investment into the development of the site and creating new jobs for the area as part of this acquisition” Chris continued.

“This venue will be a very different proposition to the previous The Head of Steam pub that had previously traded in Liverpool and will be modelled on the success we have had at our site in Sheffield” Chris added.

Camerons, which took over The Head of Steam group in December 2013, has continued to grow its retail estate. The brewer last year opened venues in Headingley, Hull, Newcastle and Sheffield, and plans to open around six new venues a year.

Do you want to keep up-to-date with the latest news for The Head of Steam Liverpool?
Simply visit www.theheadofsteam.co.uk or follow @HOS_Liverpool on Twitter and Instagram.

All upcoming events will be displayed on the Facebook page at /headofsteam.liverpool.