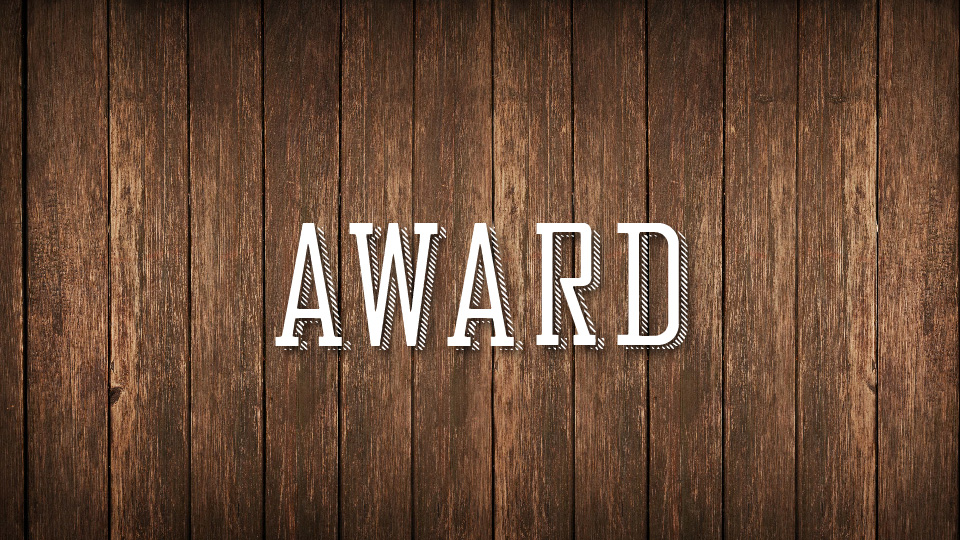 We are delighted to announce that The Dun Cow in Sunderland’s city centre scooped two awards in the National Pub Design Awards 2015 announced today, which are run by the Campaign for Real Ale (CAMRA) in association with Historic England and the Victorian Society.

It was crowned the winner in both the Refurbishment and Conservation categories, while The Chief Justice of the Common Pleas at Keswick was the best Conversion to Pub Use. The Admiral Collingwood in Ilfracombe was the New Build winner and The Bevy at Bevenden, Brighton was accredited with a special award for work by the local community. 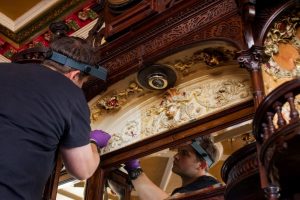 Author of the Judges Report, Professor Steven Parissien, said: “CAMRA has been at the forefront of initiatives to protect our best pubs from demolition or inappropriate conversion. Now the latest Pub Design Award winners show that there’s lots of life left in this much-loved national treasure. These awards boast the most diverse and inspirational range of pub buildings we’ve judged in the history of the competition.”

The Dun Cow is a Grade II-listed building built in 1901, which has been rejuvenated and restored and designated as the catalyst for a new cultural quarter for Sunderland. Its new owner, the Music, Arts and Culture (MAC) Trust, brought in Camerons Brewery to reopen the pub as one of its’ flagship managed houses. Fine Edwardian features have been superbly conserved as part of a £300,000 restoration, and its copper-domed tow 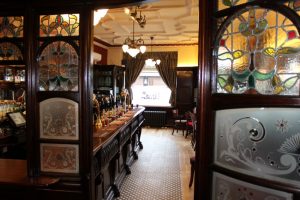 er is a powerful symbol of Sunderland’s rebirth.

The sandstone exterior has been treated in an exemplary manner, while the interior – with its outstanding woodwork (including the stunningly ornate backbar), impressive plaster ceiling and wonderful stained and etched glass – has been painstakingly returned to its Edwardian magnificence.

The MAC Trust’s Paul Callaghan is delighted to see the regeneration of The Dun Cow honoured at a national level.

“A lot of time, effort and real care went into the restoration” Paul said.

“For it to be recognised by a national organisation such as CAMRA is great news for The Dun Cow, for The Mac Trust and for Sunderland. And to win two awards if amazing. I would have been absolutely delighted just to be nominated, so to win two out of just five awards nationwide is fantastic” Paul continued.

Chris Soley, Chief Executive at Camerons said “Working alongside Paul and the MAC Trust to restore the Dun Cow to its former glory has been a great privilege. The interior of the venue is magnificent and we are so proud that this is one of the iconic venues in our growing pub estate”.

After seeing the attention to detail and care in restoting this pub, we are delighted that this hard work has been recognised by CAMRA and has received two awards in their national compeition” Chris added.

Professor Parissien added: “All the winners show that good, sympathetic design makes commercial as well as aesthetic sense. They also demonstrate how fabulous pubs can be used as the engines of regeneration for communities and causes. They remind us that the British pub is so much more than somewhere to have a pint: it is the beating heart of our neighbourhood, a place that defines our identity and locality, an agent for relaxation, renewal and revitalisation.”

Conversion to Pub Use: The Chief Justice of the Common Pleas, Keswick

Motorhead to release Road Crew in the States

Motörhead, Camerons Brewery, and Global are proud to announce that Röad Crew is officially coming to the USA and being…