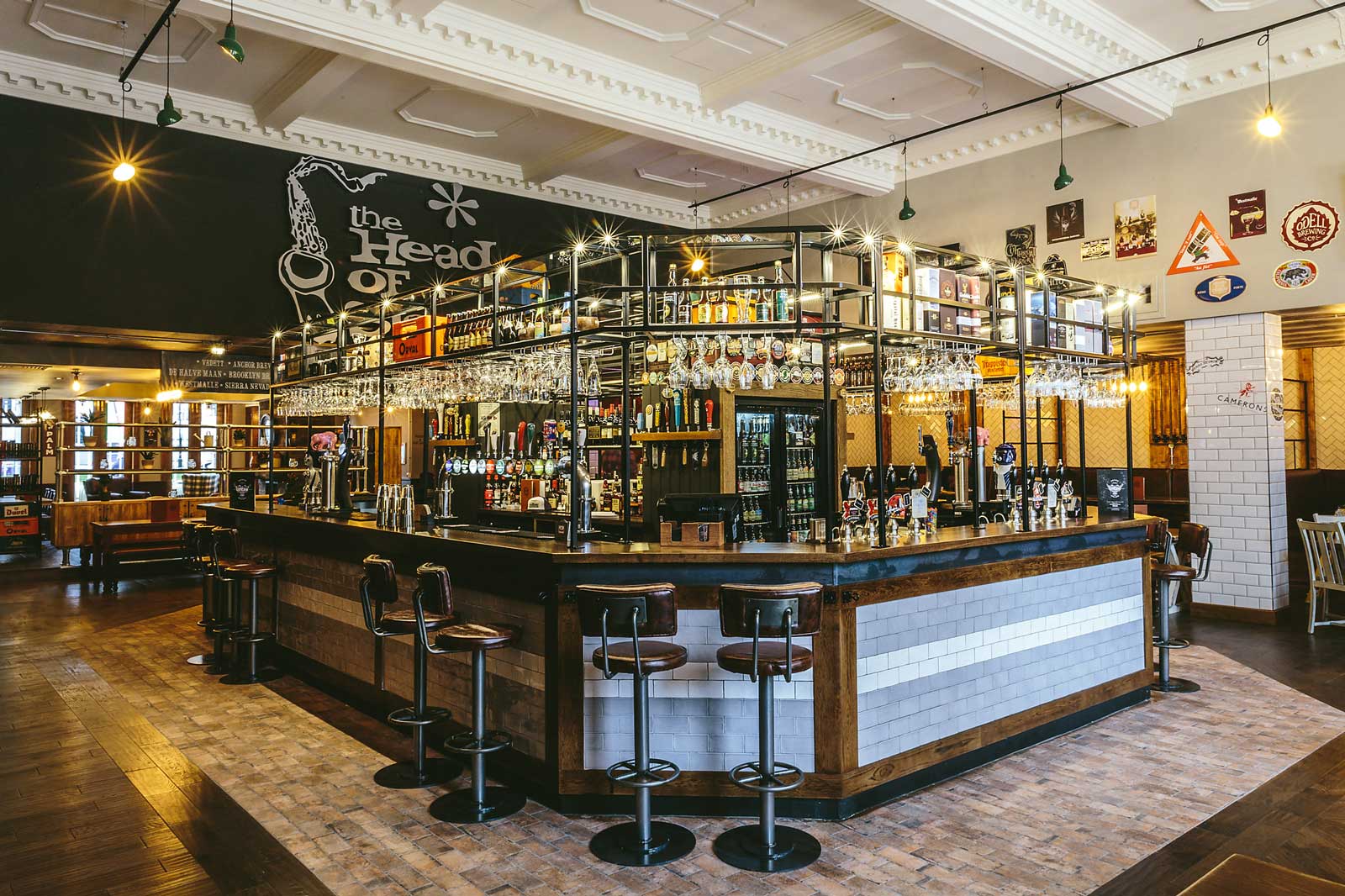 Camerons Brewery have today announced its 11th The Head of Steam venue will open in the centre of Liverpool this autumn.

The venue will be located on Hanover Street at the site currently trading as The Abbey. Work will begin at the venue in August with the new venue due to open at the end of September.

The Head of Steam, which is renowned for its array of great beers, will have 34 keg lines with a selection of rotating craft beers from UK and world brewers, 10 cask ale lines including beers and real cider from around the region and beyond, plus a selection of premium cocktails, spirits and soft drinks.  These will all be served from an island bar in the centre of the pub which the brewer feels gives ‘a more welcoming and engaging experience to its customers’.

The food offering will include a brunch menu as well as a great range of British pub classics with a focus on fresh, local ingredients.  A key part of the menu is the great range of vegetarian, vegan and gluten-free options which will constantly be updated to offer a varied selection to customers.  This will be similar to the menus the brewer has recently introduced at its Sheffield and Newcastle, Quayside venues.

Chris Soley, Chief Executive at Camerons Brewery, said: “As part of the expansion plans in place to increase our retail pub division we have been looking at a number of potentially opportunities across the UK for our The Head of Steam brand.  We have specifically been looking at venues in the North West and Liverpool was a city we were really keen to open a site in.  Liverpool is a large vibrant city and we feel our mix of craft beer and live music will be a perfect fit to complement the already fantastic pub and bar offerings in the area”.

“We will be putting some significant investment into the development of the site and creating new jobs for the area as part of this acquisition” Chris continued.

“This venue will be a very different proposition to the previous The Head of Steam pub that had previously traded in Liverpool and will be modelled on the success we have had at our site in Sheffield” Chris added.

Camerons, which took over The Head of Steam group in December 2013, has continued to grow its retail estate.  The brewer last year opened venues in Headingley, Hull, Newcastle and Sheffield and plans to open around 6 new venues a year.

Tom Hodgson of Pudney Shuttleworth acted for Camerons Brewery on this acquisition.

Are you interested in working at the Head of Steam?  Please view our latest vacancies here