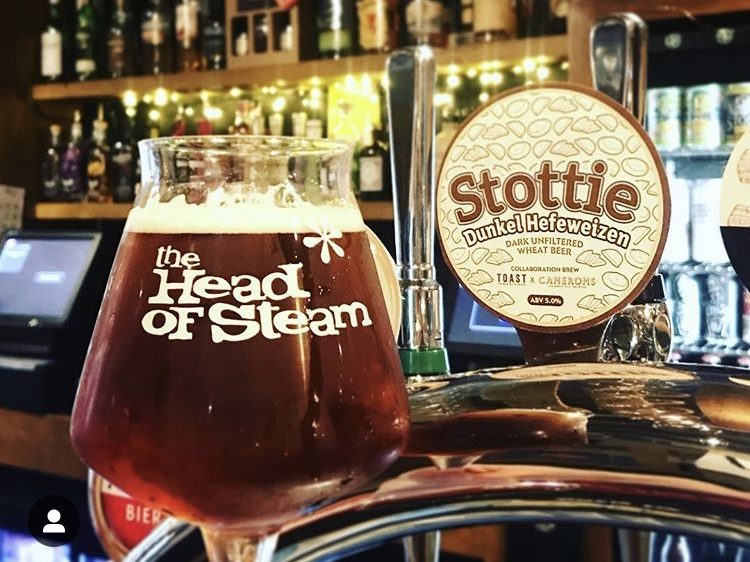 North East brewer Camerons have today announced they have raised £2,808 for the charity Feedback following their collaboration beer with fellow brewers Toast Ale.

The breweries launched their collaboration beer ‘Stottie’, named after the famous North East bread cake, across the Camerons managed pub estate at the end of last year. The beer was launched at their The Head of Steam venue in Leeds where guests were also able to sample a special sausage marinated in IPA, which was created by the Cure to accompany the beer.

Stottie, a 5% Dunkel Hefeweizen beer, was served on tap in 28 of the pubs in the brewers managed group, including The Head of Steam venues. Camerons replaced 1/3rd of the beer’s normal malt bill with surplus bread which would have otherwise been wasted. All profits from the beer sales were donated to the charity Feedback, whose vision is a world where nutritious, delicious food is available for everyone and human activities replenish rather than degrade the environment.

Yousef Doubooni, head of marketing at Camerons said “This was an exciting project to work on with the team at Toast. It was a new challenge for our brewing team as it was the first time they had brewed abeer using bread. We were delighted with Stottie and customers were really positive about the beer and also the partnership with Toast and Feedback. It is fantastic that we were able to donate £2,808 for the charity and we are looking to do further collaborations with Toast in the future.”

Chris Head, Head of Partnerships at Toast Ale, said “Leeds is one of the most vibrant and competitive craft beer scenes in the UK. With more than 10 craft breweries, there’s a huge selection of high quality beers available so we’re delighted that our beers are popular in Leeds and the rest of Yorkshire. The Head of Steam was one of the first venues in Leeds to champion our beers, and it was only natural that the national launch for our kegged collaboration should take place here.” 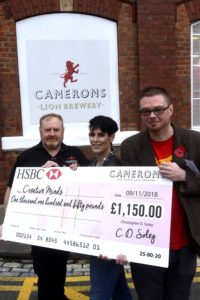 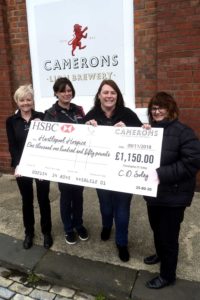 In addition to the donation to Feedback Camerons also raised £2,300 for their local Hartlepool Alice House Hospice and Creative Minds charities. These funds were raised from the brewers Family Fun Day which was held at the brewery in September last year. The event was organised to allow friends and family of employees to visit the brewery, try some of the beers and also raise money for the two local charities. Games for kids and live music were also included.

“It was our first family event run at the brewery for a number of years. It was great for people to meet and socialise together on the day and a lovely reward for our hard-working staff. We were amazed by the funds we raised and we are delighted this has gone to two local Hartlepool charities” Yousef said.

“A big thank you has to go to Fiona Dineen, Chris Deakin, Keith Fletcher, Karen Cutler and Gemma Tucker who organised the day and fundraising” Yousef added.

The brewer announced earlier in the year that they have also forged a partnership with the Royal National Lifeboats Institution (RNLI) for 2019. The brewer will be donating 5p for every pint of its Sanctuary pale ale both on cask and keg.

To support the RNLI’s May Day fundraising campaign the brewer will also be donating a further 5p for every pint sold on their May seasonal cask which carries the May Day name.