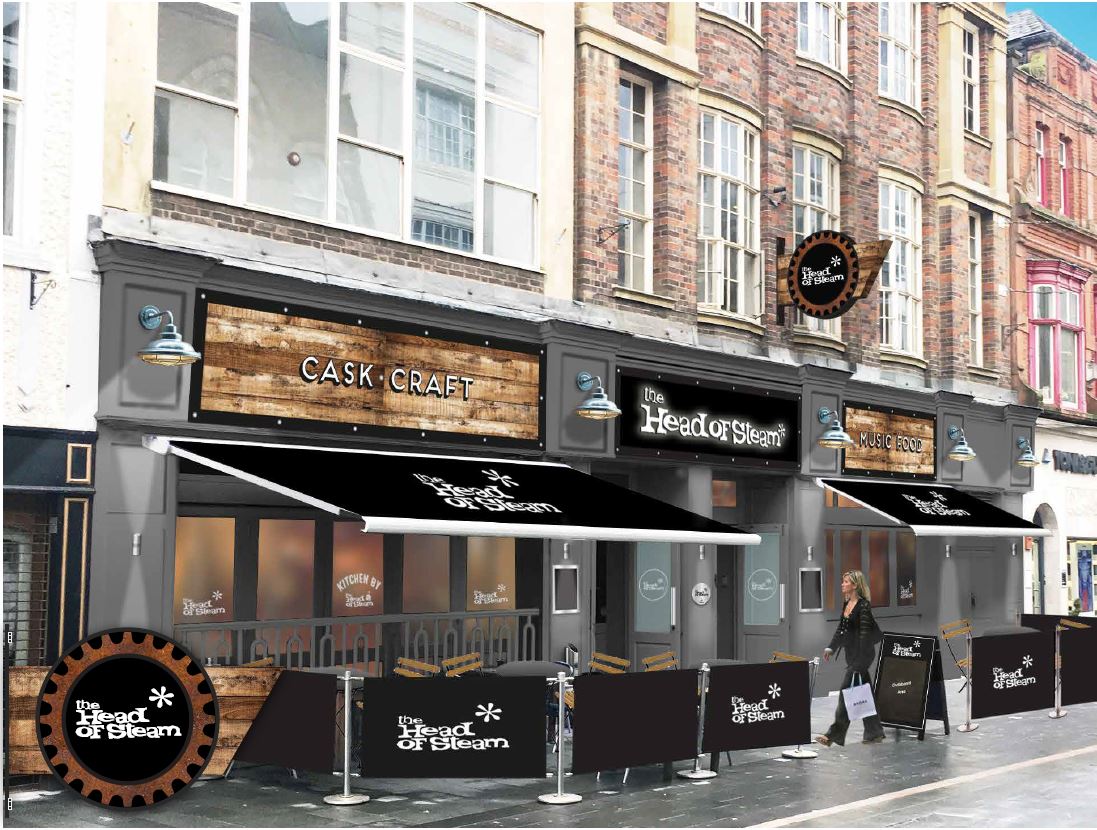 Camerons Brewery continue their UK pub expansion plans with the opening of two new The Head of Steam venues. 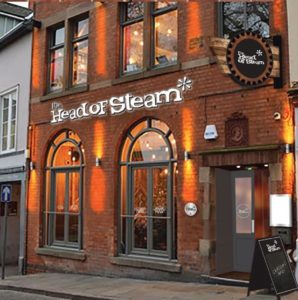 The brewer recently announced they would be opening a new venue in Birmingham in May this year and have today confirmed that they have agreed to open sites in both Nottingham and Leicester.

The first venue to open will be the Nottingham site which is located on High Pavement in the city centre (previously trading under the Living Room and Missoula Montana names.)  This venue is due to open mid-April this year with work due to start on the site from early February.

The Leicester venue, located on Market Street at the site of the former Reynard pub, will see work start in February with the pub opening towards the end of April.

This will be the first time the North East brewer has opened venues in both Nottingham and Leicester.

Like the other The Head of Steam venues, this site will include an eclectic selection of UK and world beers.  The Nottingham site will feature 19 keg lines and the Leicester venue will have 20 kegs beers available.  This will include a selection of rotating craft beers plus both sites will boost 8 cask ale lines with beers sourced from the local area as well as brewers across the UK.  A selection of premium cocktails, wines, spirits and soft drinks will also complete the drinks range.

Food will be served daily at both venues, and will include a selection of traditional British pub classics with a contemporary twist, plus fresh artisan stone-baked pizzas, burgers, 12” hot dogs and the new ‘Flight of the Besler’ tapas and cask beer flights.  The menu will also include selected dishes using beers on sale in the bar as ingredients, including the Full Head of Steam Burger (made with the brewers Röad Crew beer).

Chris Soley, Chief Executive at Camerons Brewery, said “We have spent a lot of time looking for venues across the UK, and in particular the Midlands area.  Both Nottingham and Leicester were obviously cities we were extremely keen to see The Head of Steam brand feature in, and we’re delighted we were able to secure venues for both in prime city centre locations” Chris said.

“We have already secured a site in Birmingham, which will open in late Spring and we continue to look for other opportunities to add to our growing retail estate this year” Chris added.

The brewer this week opened their latest The Head of Steam venue in the Manchester suburb of Didsbury.

Are you interested in working at the Head of Steam?  Please view our latest vacancies at www.theheadofsteam.co.uk/jobs

Opening Date Revealed for The Head of Steam Birmingham

The latest Head of Steam bar in Birmingham city centre is set to welcome friends,…